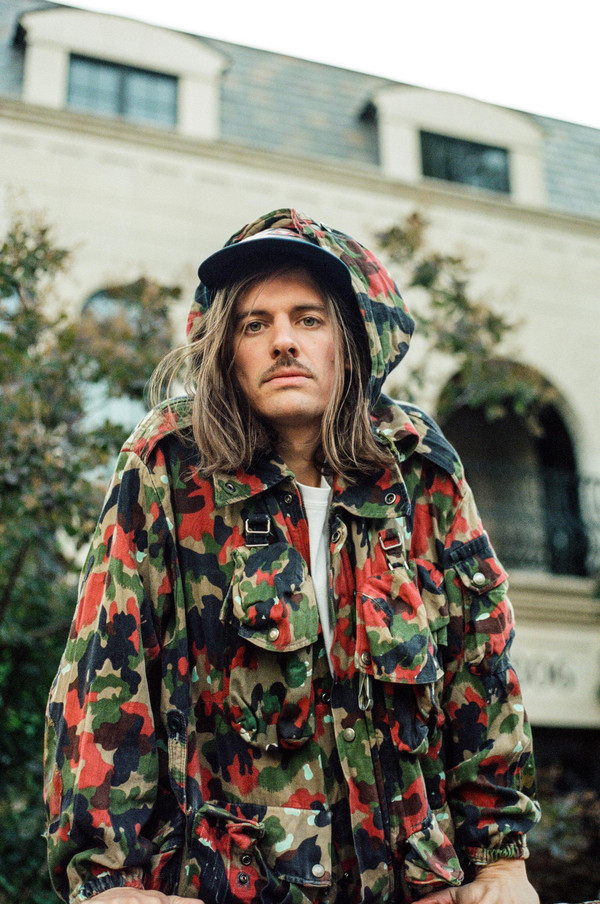 I’d say amidst the year so far I’ve been really happy with everything. Feels strange putting out music right now because there are so many bigger issues at stake and things that need more attention, but at the same time if music is a portal for connecting people or taking a load off then I think it’s totally worth it. Maybe now we need it the most?

The beginning was definitely pretty hard. It felt as if all the momentum was just punched right out of me. I had been working on a new record at the time and just scrapped it all together. It didn’t feel the same anymore and I felt like my emotional state shifted to the point where I just couldn’t bring myself to do it. So I just showed up everyday and played, maybe I wasn’t writing anything that day but I could spend three or four hours moving mics around the drum kit or dialing in a new guitar tone. In the end I’d say the pandemic has made me into a much better musician haha. I’ve been socially distant and at my studio everyday. Afforded me the time to try new things. I’ve been really into reamping lately. Taking tracks and sending them out into pedals, distorting everything. Also a lot of Space Echo, probably need to replace the tape on that by now. It’s been bittersweet in the sense that now I have more time to write and record but live shows are defunct. Strange times man, but trying to make the most of it.

Totally different headspace, From the Garage was recorded over a long long time period, just one offs that never found a home. Finally I had enough of them to make a record. Whereas Japanese Sunset was done in a matter of three weeks. It was getting lost in the music and all of the sudden I had an EP done.

I think when I recorded Insomnium I was much more naive in what I was setting out to do. I was just doing it. And being lost in that space is really when things start to happen. Haha as I said earlier I’m moving microphones around ten different ways now whereas when I did that record it was one mic over the drum kit.

Haha I wish. That was very cathartic in a lot of ways. At the same time, I’m glad I’m not having to clean up the mess anymore. Lot of blood and guts. I’ve moved my studio a couple of times since then. It’s landed at Treehouse Records on the West side of Chicago. It has forced air and heat and it doesn’t smell like a glorified hamster cage.

Blues music, do you feel attached or influenced by either of these sounds?

Definitely feel like both have had a major influence in my perception of music but I don’t know if there is a correlation between the influence and living in Chicago. The Blues are more a part of the tourism sector in Chicago rather than the locals. And the underground House and Techno parties aren’t as prevalent. Don’t get me wrong, I’ve been to quite a few DJ sets that started at 5-6AM and went into the morning but they seem to have fallen off a little in the past few years. 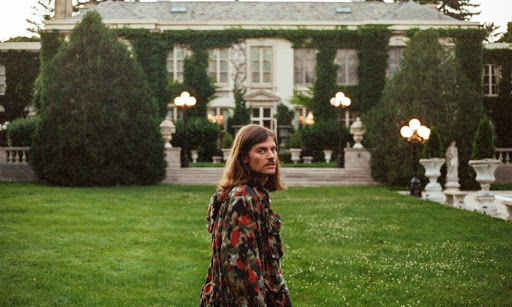 New York Style all the way, I’m all about that thin middle dough and fold. Love Deep Dish but you have to be willing to surrender your night to the couch afterwards haha. It’s no joke.

Yeah basically anything Dave Fridmann has touched I worship. MGMT, Flaming Lips, Tame Impala. I love Ruban Nielson of UMO and everything he does. Ariel Pink and King Gizzard and the Lizard Wizard are also some faves.

The Roland Space Echo RE-201. I’ve dumped god knows how much money into keeping it refurbished and up to par. Buying it was a lifelong commitment.

Not really, I’ve definitely thought before I’m going to make a song that sounds like it’ll fit perfectly in a credit roll at the end of a movie or show but usually I just write. Most of the time the songs start off so far from where they end up that it really doesn’t matter where I start. I come up with a melody for a flute and wind up with a New Wave of British Heavy Metal piece haha. I’m always a little shocked by the time the song is done and I sit back and listen. How the hell did I get here? It’ll be unrecognizable. I’ll have forty different saves of the song on my external harddrive at that point. I like to think of it as a sculpture. You start with a massive block of stone marble and slowly chip away at it until it starts to show form. Then you fine tune it into the finished product. I’ll record over and over parts and then cut away the fat and hope to end up with something stellar. Slightly tangential there but you get the idea!