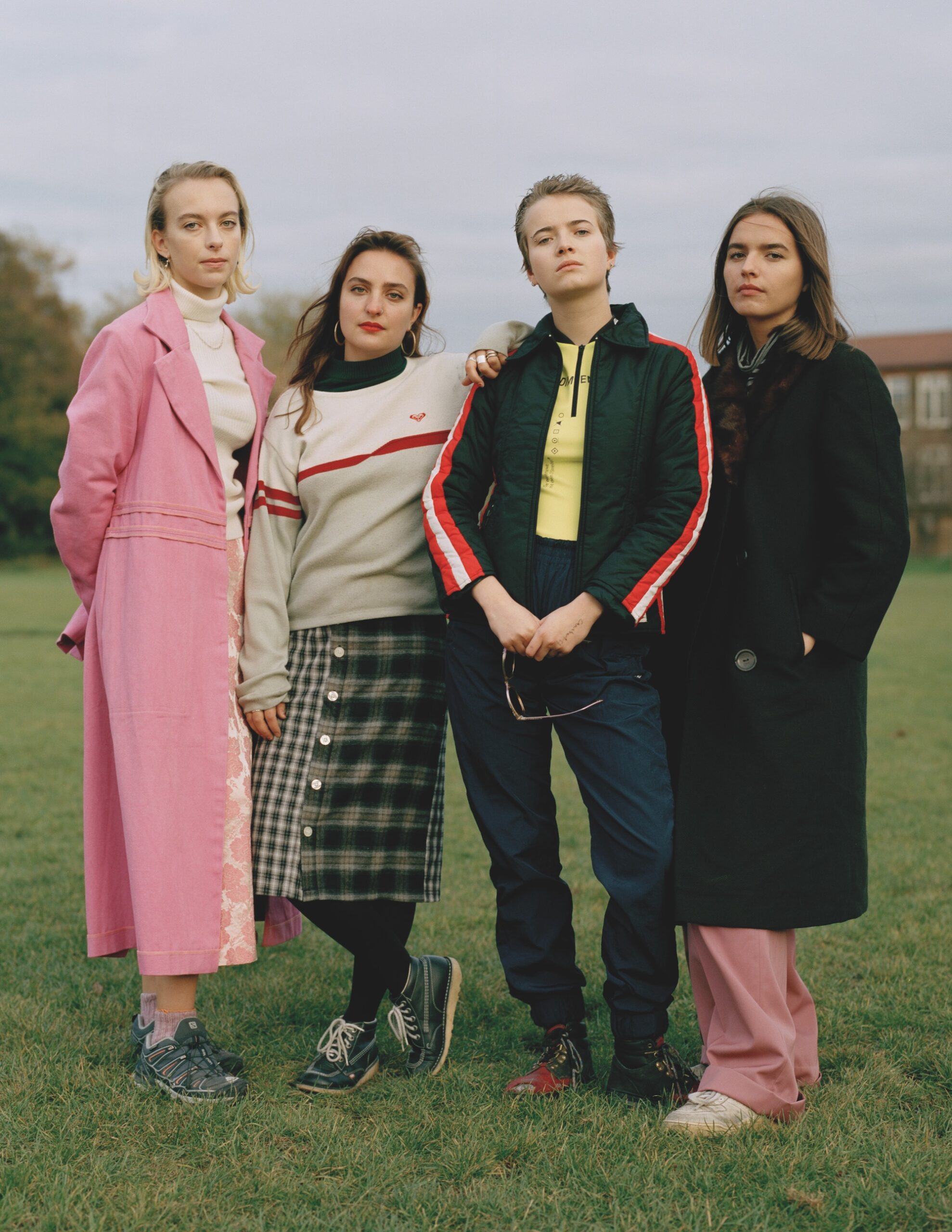 After a meteoric rise into the record collections of London’s scene kids, it’s easy to forget that it’s been less than 3 years since Goat Girls self titled debut album, and only a couple more since their first single, released whilst making a name for themselves in the iconic South London venue “The Windmill”. Often touted as the most exciting place in British music over the last decade, this 4 piece can count Fat White Family, Meatraffle, Shame, Warmduscher & Childhood as their contemporaries.

With their latest album “On All Fours”, Goat Girl pickup where they left off, giving their audience more spooky, psych infused post punk but with a host of new tricks being pulled from their hat.

This album puts synthesisers at the heart of it, with the ever building opening track “Pest” and its arpeggiated acid like synth, “Once Again” with its sweeping pads and “Sad Cowboy” with its melancholic keyboard melodies that harken to Depeche Mode.

The album also boasts a bag of super catchy, upbeat singalongs as the dulcet tones of L.E.D & Clottie Cream harmonise on tracks like “Badibaba” and “Bang”.

Unlike the bands previous tendency to stick to the Garage Rock format of verse-chorus-verse, whilst rarely hitting the 3 minute mark, on this album, Goat Girl have pushed the boundaries further, with brilliant (largely) instrumental track “Jazz (in the supermarket)” which manages to cram in all the ups and downs, tempo changes and key shifts you would find in a prog rock record, whilst still doing it in under 5 minutes.

Despite being struck with their first album, I think “On All Fours” really takes the win, it’s a perfectly crafted, 13 track blizzard of highs, lows and everything in between. Suitable for a houseparty or a joint and headphone session.