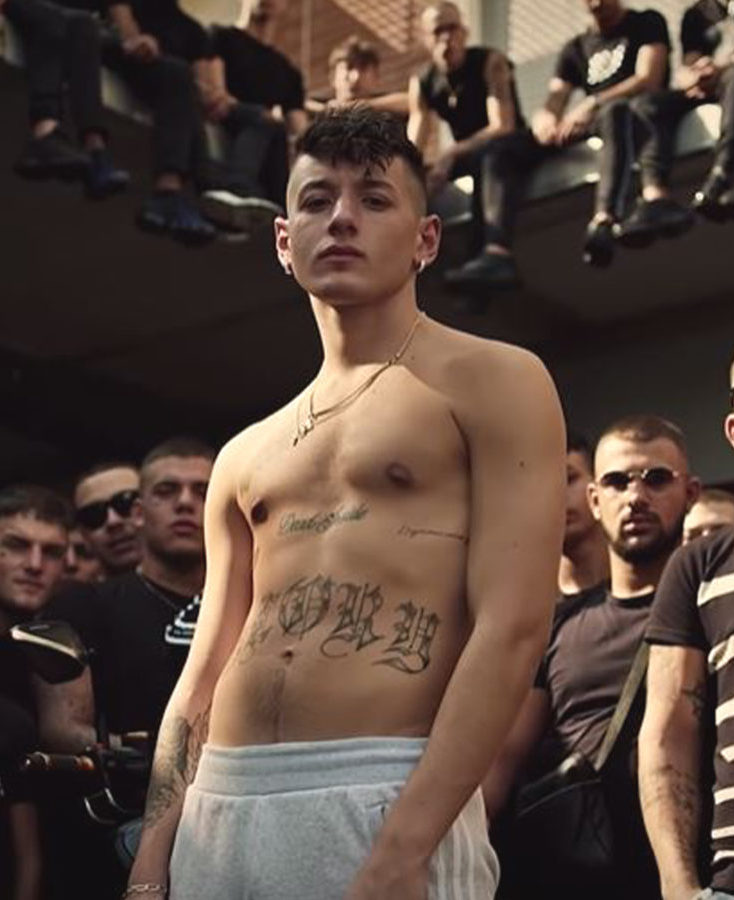 First garnering attention in early 2019 with his explosive take on Trap music, Paky has taken Italian street culture international, with his youtube channel hitting 30 million views and his online following growing, baying for the next hit of Milano grit.

Originally from Naples, Paky went viral with his monster track “Rozzi” a homage to his adopted hometown, a housing estate on the outskirts of Milan officially called Rozzanno. The video accompanying the track revealed the grimey blocks and its lively inhabitants, chanting the chorus alongside their front man.

His name, a shortening of Pakartas, Lithuanian for “Hanging” acts as a constant metaphor for the feeling of suffocation and hopelessness in the crime ridden streets he was raised on. Despite this, Paky, born Vincenzo Mattera refuses to fully condemn his hometown and persistently promotes the close bonds of friendship and community cultivated in such an atmosphere, with tracks like “Tutti i mie fra” or “All My Brothers”

Combining elements of US Trap & UK Drill music with a distinctly Italian flavour, never straying too far from the streets that made him, Paky is set to make his mark on the international Hip-Hop game.