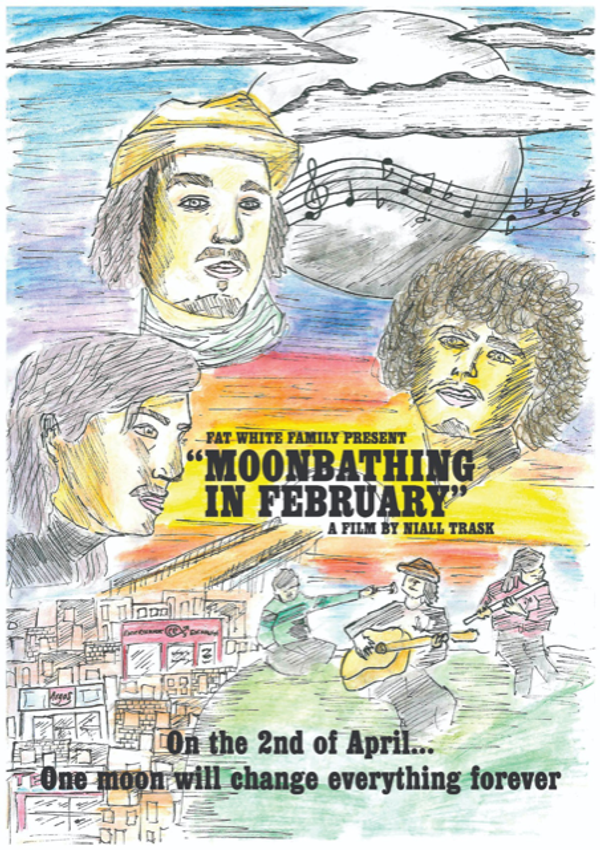 The online debut of Moonbathing In February, shone a light on the now iconic South London bands album making, winter in lockdown and a host of irregularities expected from the unorthodoxy of Lias, Nathan, Alex and filmmaker Niall Trask.

The 50 minute long collection of footage shows the 3 band members as they take to the shores of Hastings, to hold up in the cold months of the pandemic. As they write, sing and cook chicken dinners, we gain an insight into the early stages of the creative process. The film is interspersed with humorous, introspective monologues by frontman Lias Saoudi as he writes confessions in a candlelit diary.

The film takes us through the spectrum of half finished songs, old songs and heartwarming covers in the shape of Irish/Scots folk tunes like “Will Ye Go Lassie Go”. The band makes use of any available space, giving us the acoustic wonders of a cliff’s edge, a beach, and a public toilet.

Due to be released to the public later this year, expect a no-budget, non-linear look at the world of Fat White Family, the genesis of incredible new songs, christmas jumpers, cowboy hats, psychedelic cinematography and most importantly, bathing in moonlight.