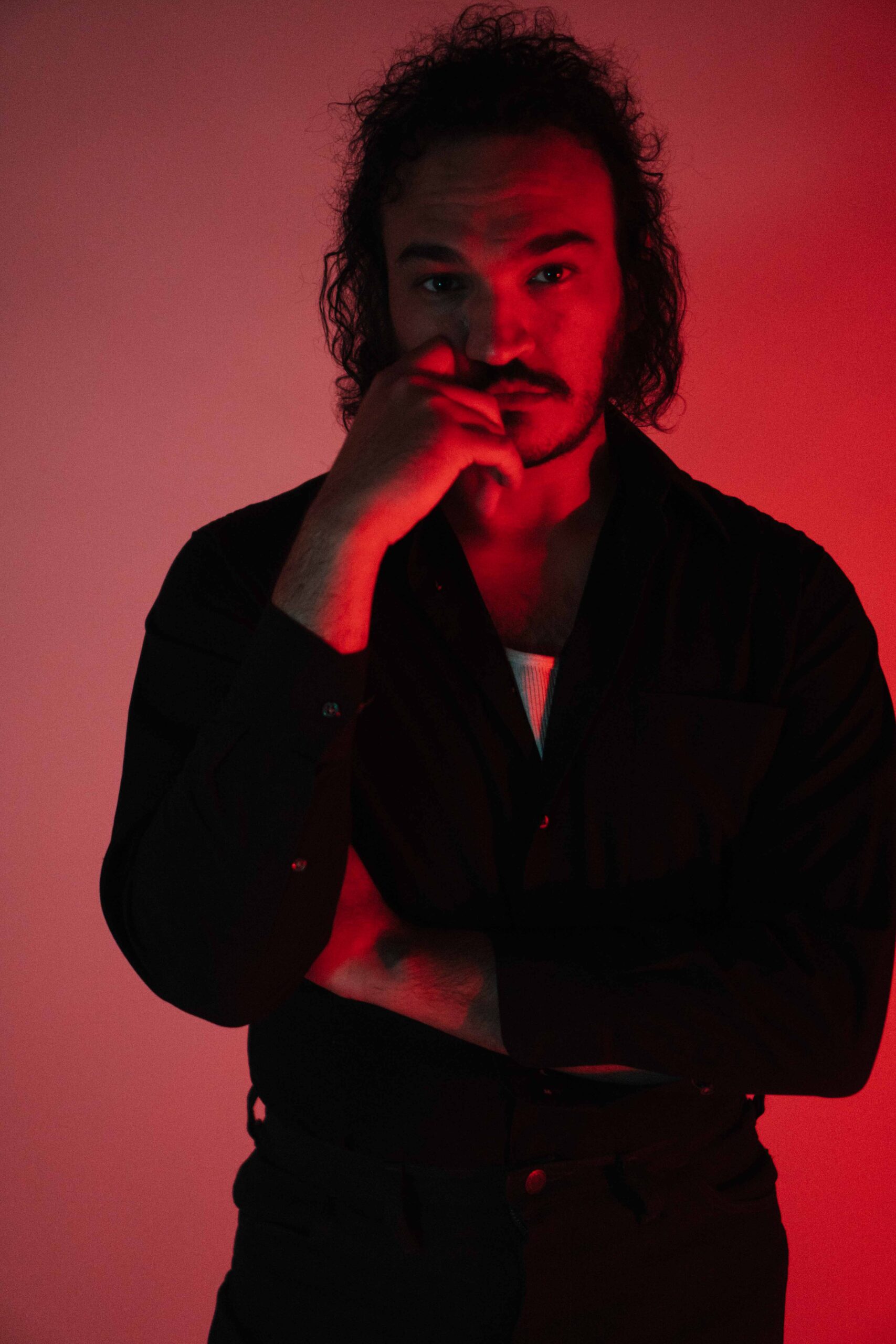 We had a chat with Danny Lee Blackwell  of Garage Rock outfit Night Beats ahead of their May 7th release “Outlaw R&B” to discuss his latest influences, his friendship with Robert Levon Been & skateboarding.

So the last year or so has been crazy for everyone, have you found the pandemic has helped or hindered your creative process?

Total Focus. In a way I thrive in chaos. For me being someone who doesn’t go out nor is forced to go work in a crowded factory, I am privileged to be able to stay in and write. Tour being cancelled as a whole was a brain buster.still is. But I have used my time to write as much as I can down and try and focus on why I’m here, doing what I do. Still a tricky one there.

With the much anticipated “Outlaw R&B” only a few months from release, can you tell us a little about the lineup on this record and how it was recorded?

Nic Jodoin, a friend of mine was the man for the job. Valentine Recording Studios is a place I’ve wanted to make a record at for a while..so I went straight there once I made the move to Los Angeles. Like times in the past I came in with my ideas and dove head first into making this thing during a time when it seemed like the world was standing still. I had some help along the way like Travis Pavur and Chase Noelle on drums a few places but I really work hard to find the best take through trial and error before I enter the studio. My touring band is not my studio band..those things rarely mix because my recording process is so intimate and difficult to follow.. I’m not trying to waste anyone’s time while I translate my madness..also you’d need the patience of a saint. Making a record is a holy thing and the mission should always be to serve the music, and people get it twisted..follow the music first and everything else will fall into place.

Since your early records, there’s a noticeable shift from straight up distortion laden Garage Rock to a broader, more folk, soul and roots influenced sound (which we love), what have you been listening to that’s caused this shift? Do we sense a little Lee Hazlewood?

You released a couple of new tracks recently with Robert Levon Been of the iconic Black Rebel Motorcycle Club, we know you’ve toured extensively and collaborated previously, what is the creative process like when working with him?

Robert is like an older brother to me. We’ve written together in a lot of different ways. We can have a conversation that leads to an idea, that idea to an instrument or a phrase. We spent some time in the desert at the beginning of this Outlaw R&B journey and he spirit guided me into places I still am trying to figure out. I’m lucky to call him a friend, plus the guys fucking hilarious.

Last we heard you were based in Texas, what’s it like being back in your home state after a few years in the cold up north?

You heard wrong! I moved from Texas to Los Angeles, California at the end of 2019. I miss Texas but this city was calling.

What are your main passions outside of music? When you’re not writing, recording or playing live how do you fill your time?

Your latest single “Ticket” a non-stop Rock N Roller, was accompanied by, what is probably best described as the coolest music video for some time, tell us a little about how this Skateboard-Noir video was conceptualised?

Thankyou! I had a concept where I wanted to blend elements of Film Noir styles with some of the skate videos I loved as a shitty teenage skater. Baker videos, Bones Brigade stuff. The idea of an escape or journey through a strange moody, misty city with an unseen threat or danger excited me. I had tried to shoot some of it with my friends a while ago but failed miserably. Thankfully Cam Holland came into the picture and was able to translate my idea and capture it. There are alot of outdated and weird elements to Film Noir and the concept of the femme fatale..so I wanted to approach the danger or mystery from a different more defiant angle. Hopefully one day I could turn it into a full length movie. That would be fun.