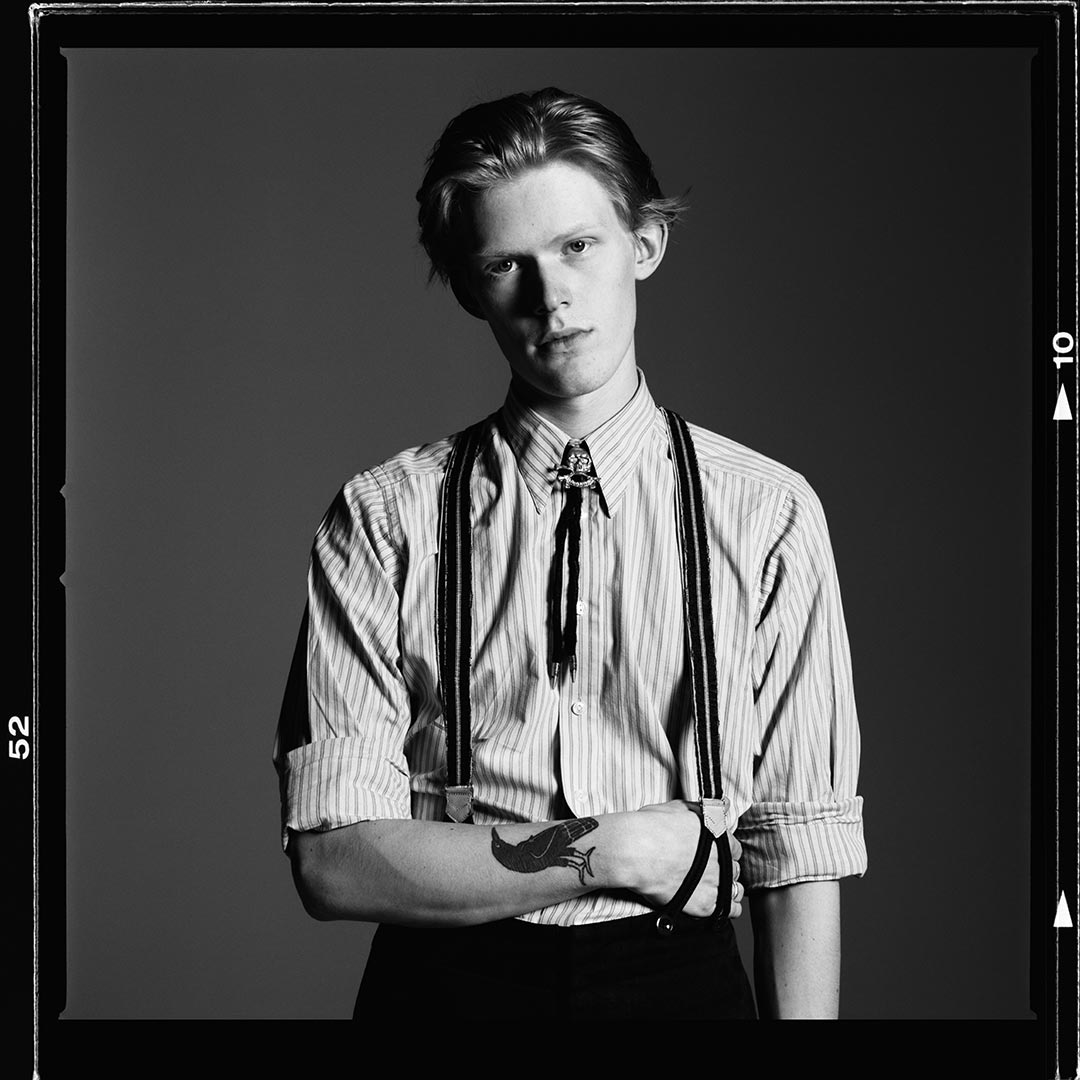 We caught up with Frontman, Songwriter and Painter Huddie Hamper to talk the Shadracks latest album, ego and being Billy Childishs son.
The last 18 months have been a strange time for everyone, have you found lockdown and the pandemic a help or hindrance to your creativity?
A bit of both really, summer was productive, I penned 2/3rds of the new album over that time and painted a lot. It was a good excuse of focus on work, but towards the end it was really uninspiring.
The Shadracks have just released their second album “From Human Like Forms” a blasting garage rock stomper throughout, what were you listening to when writing this record?
It certainly does stomp in places but some of my favourite tunes are the more melancholic, whimsical even – thinking of Barefoot On The Pavement for example. At the time of writing I was listing to groups such as The Fire Dept, The Voidoids, Pixies and Leonard Cohen.
Both albums so far have got the sort of high energy of a band who love playing live, do you prefer gigging or recording?
Recording the album was a lot of fun, its fast paced in the studio, usually only two or three takes till the songs down. However not much beats the feeling of playing a great show.
As well as a musician you’re an artist working largely with oils and charcoal, would you consider yourself an artist first or a musician or do you feel both are intrinsically linked?
If anything I’d consider my self a painter. I suppose they are intrinsically linked in the sense that they are both done through me, but I tend to keep them in separate boxes.
A lot of your paintings appear as self portraits, is this an intentional decision to form a continuum from your fathers work?
My self-portraits aren’t, they might be more to do with an over active ego. However the isolation of lockdown certainly prompted me to make a fair amount of them, with no one else around I can see this would be a reason to look inwards. My work in general could be seen as a continuation of my fathers work, he taught me how to paint.
Skulls seem to be a running theme in your work, is this a fascination with the morbid or something else?
The skull was originally to practice anatomy for painting portraits, I realise its quite a changed subject matter, but it never felt that morbid me.
It’s quite an honour to be named after Leadbelly, do you feel any pressure having to live up to both your first and last names?
Re Huddie Leadbetter, I haven’t murdered anyone yet, I suppose there’s still time. As for Hamper, I don’t really feel any pressure, I’d like to make my family proud like most people I’m sure, but don’t think i’ve been raised to think in those terns.
Is there a Chatham music scene, outside of Damaged Records we should be aware of? Any local bands for our readers to check out?
Im sure there is scene but there’s not much hunger for the kind of thing we do, we never really played in Medway.
Never considered calling the band “Thee” Shadracks?
Now that really would be the last nail in the coffin. Even my dads had the sense not too since 1999, he tells me he only ever used it because they thought it was funny.