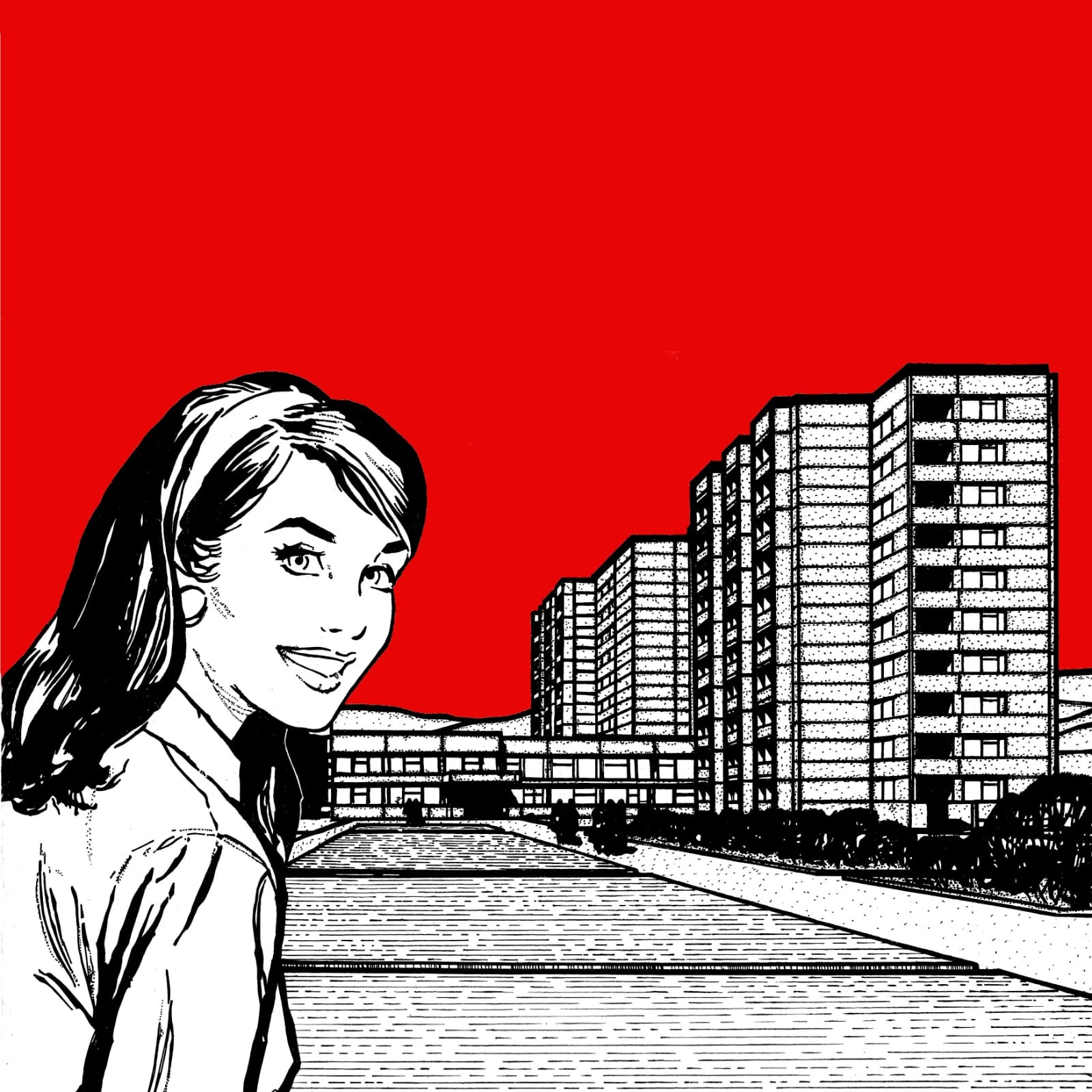 So after nearly 2 years of pandemic, you’ve formed a band and released your first single, lockdown seems like it’s been good for you creatively?

Jack : We started writing long before lockdown but it was at some point over the last two years of Covid that we decided to give it a proper go

Jon : Yeah and I think the time afforded by lockdown has definitely been beneficial

Jack : It’s not been an unusually creative period but such a long period of doing nothing gave us the push to actually do it properly.

Jon : Before lockdown we were still advertising for singers – lockdown or not we would have sooner or later given up on that, whether lockdown hastened that I don’t know. We’ve been doing in in spite of it not because of it

How long has this project been brewing for, have you guys released anything previously under other names?

Jon : It’s been brewing for three years or more, we were in a band years ago, which is how we met and started writing together

Jack : Yeah we’ve always been making music, Jon is in a band called Out Ink and has his solo project, I am currently playing guitar in Richard Carlson Band.

I know you’re involved with Warren Studios in Sheffield, has recording other artists like Fat White Family & Meatraffle had an impact on your sound?

Jon : That answers that in very practical and material terms – but we don’t want to admit being inspired by anything (laughs)

It’s clear from the complexity and production value of “Schlager” that you might be gear geeks, what hardware are you working with?

Jack : and there’s the Brute which has a very dodgy reputation

Jack : No no, I mean like as a synth Arturia have a bad reputation for not fulfilling a lot of things people expect out of synths, like ‘it’s not a moog and its not roland- it’s not this its not that’ but its  f*ucking arturia – its own thing.

Jon : It’s just in my character I guess to not go for the thing that everyone agrees is the best. We’re all for unique and idiosyncratic sounds and you get those from using unusual equipment

Jack : I think the gear I’m most lusting after since having this album nearly finished is drums – I want a lot of dry and dark cymbals and little bop kits, I’m a drum gear geek at the moment

Jon : Well we’ve been taking steps in that direction and adapting bigger kits, using floor toms as kick drums – again using things in the wrong way to get unique sounds

Other than a type of Europop, what does “Schlager” mean to you?

Jack :  It’s just the German word for ‘hits’. Back in the late 50s early 60s Germany didn’t have a lot of pop music of their own so a lot of chart music was emulating American pop music and that just became synonymous with the term Schlager. Jon came up with the main riff and I imagine it was my idea to make it sound easy listening with the drum machine on it.

Jon : I think maybe that’s where your mind was and whatever I had brought you would have run with that idea

Jack : Yeah I’m pretty sure I forced your hand to try and make it terrible easy listening music but yeah in terms of what the song means to us, it became a kind of a joke-y mission statement for us. There are lot of comments about boring repetitive music, same ideas over and over again, but at the same time it’s a kind of joke at ourselves because as much as we’re into experimental music we are very much writing verse-chorus-verse songs

From Cabaret Voltaire to The Eccentronic Research Council, Sheffield has a solid basis for musical experimentation with an industrial spin, do you feel an attachment to the Sheffield sound?

Jon : Well making sounds in Sheffield, we kind of have to. We don’t think of being any part of any tradition in that way, we don’t think of carrying any of that forward.

Jack : I definitely don’t think of myself as any part of a long history of electronic music, i kind of always resisted synths when I was younger and it’s only recently that they’ve become important to me

Jon : I don’t think of myself as a synth nerd in that way, even though I bring synths to the band. It’s just a means to the end of making the sounds we like. We sound like we’re trying to distance ourselves from the Sheffield tradition although I don’t have anything against it necessarily.

Jack : and as you said earlier you wouldn’t admit to being influenced by anyone

Jon : All music comes from where it comes from, all music is born of the place it’s made in

Jack : I guess in that sense we can’t help being part of a tradition of electronic music in Sheffield even though neither of us are originally from Sheffield and neither of us think of ourselves as The Synth Guys

Jon : Neither but I guess United if I had to pick

Jack : I’m pretty sure Bruce Spingsteen played Bramall Lane, so that’s got to be an ambition for a band

Jon : Did he? Well that’s something to aim for