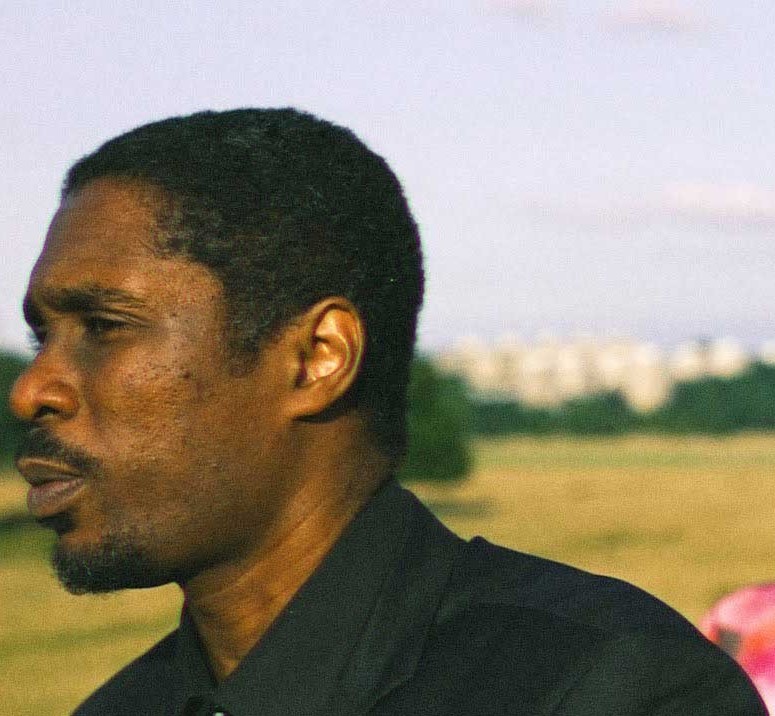 We spoke with an icon of UK Hip-Hop King Kashmere, whose lyrics weave tales of the occult, science fiction and superheroes into Jazzy boom-bap beats.

How have you been holding up during lockdown? It doesn’t seem to have stifled your output?

I’ll be honest, at the beginning of lockdown, creatively I was at a stand still. I was making beats though, but writing wise I’d hit a brick wall. It was a strange feeling. The weather was great though! I didn’t get the pen going again till towards the end of lockdown 1. I already had the song “Arm Leg” but “Maybe” was done around the end of 2020. I actually didn’t think I’d be able to write another song for a little while there, but I was weirdly at peace with that. Right now though, I’m on it everyday… making beats and writing.

Your latest releases “North Star” & “Soul Calibre” see you collaborate with Jazzy producer Alecs Delarge, this feels like a perfect marriage, how did you guys connect?

I can’t remember weather he followed me on Instagram or I followed him on instagram haha… but it was definitely an Instagram link up. Initially i hit him up to produce something for me and verb t. That didn’t happen but I still knew I wanted to worth the guy. His beats resonate in big way with me and it turns out that he is also a pretty cool guy so we got on immediately. His sound reminds reminds me if an era in Hiphop that I love to death. That 95 shit. But that’s not to say it’s dated in any way. It’s fresh as hell. And he uses Vintage hardware which is gets a huge thumbs up from me. Shout outs to ash the author too.

There was a period where people were missing The Iguana Man, were you keeping creative or just living life?

yea I was here man.  There were a few things that I’d done that went somewhat under the radar. But after in the hour of chaos I’d put out raiders of the lost archives… those songs were from the same sessions I recorded chaos in. I’d basically made like 30 + songs and made two albums out of it. Then after that there was the galaktus album, the invisible inc album.

But then In 2010/11 I started formulating what would become “Strange U”. Initially, I was just dropping “found footage” videos on YouTube but then Eglo records picked up the project and we put out the scarlet jungle ep. Eglo records are an amazing label but at the same time not very connected with the Hiphop scene, so a lot of people missed it. Then after that we self released “EP2040” which did well but again missed the Hiphop scene. Same thing happened when we released “Aliens in Suits” on par excellence. Great label but was missed by a lot of folks in the scene. I’d also made an album with Hermutt Lobby who are a production group from Belgium and that album got released on an American label called Detroit Underground. Awesome guys over there but again was missed. It wasn’t until we signed to High Focus that I became visible again to the core audience!  That was a very long winded way of saying yes, I was still being creative haha

Fans will be happy to see that your iconic 2006 album “In The Hour Of Chaos” has been rereleased digitally on High Focus Records” how are you finding working with those guys, any labelmates you’re really feeling?

Man let me tell you, working with high focus has been and still is a blessing! They really know what they are doing but also they are good guys who I can actually relate too and they are doing a lot of work to firmly establish my brand. By the way….. I HATE using the words “my brand” but it’s the only way To describe it. They’ve done a lot for me and I’ll be eternally grateful. I don’t think people fully grasp what that label has achieved and I’m honoured to be a part of it. As far as label mates I’m feeling, this is gonna sound like a cop out but I can’t think of an artist on the label that I don’t dig. But I do think people don’t mention BVA enough. That guy is dope and he can freestyle like a motherfucker. Onoe Caponoe is another very interesting artist on the label. That shit next level. Cmpnd are dope too. I mean the list goes on.

You’re known for your esoteric lyrical themes, taking inspiration from religious mysticism, science fiction and graphic novels, which would you say are your favourite comics, films & books?

Hmmm favourite comics….any justice league or superman run by Grant Morrison. Sandman: season of mists which leads on the lucifer run. The Thanos imperative, iron man: extremis, the list goes on. Books wise…. chariots if the gods, technology of the gods, the fall of lucifer, my infamous life by prodigy of Mobb deep, root for the villain by j zone. There’s more that I can’t think of at this time. My peanut brain can only store so much information. Favourite films….. Tron, Spawn, matrix trilogy, big trouble in little China, batman v superman (ultimate edition) directors cut, man of steel, Zack Snyders justice league, watchmen, the fly, robocop & robocop 2, terminator 1 & 2, all the dragon ball movies, ninja scroll, Akira, legion….too many to mention

The twist on Veronica RIP stands out to us as one of the most dramatic lyrical moments in Hip-Hop, where did this concept come from?

Thanks for the kind words. There’s no better or elaborate way of saying it other than it came directly from a dream I had. I was pretty obsessed with anything occult at the time and it genuinely felt like it was given to me.

You’ve released a new single with Strange U, can we expect a new album?

Yea definitely. We are definitely making an album in 2022. I think enough time has passed since LP4080. I’m looking forward to it. In the meantime, rap wise I’m focusing on this album with alecs. Beyond that, there’s a lot of production work I need to get though as well before I can lock in with a new strange u album. Same with zygote, he is also a busy man. Soon though for sure.

It would feel wrong not to ask, have you seen Dune, what did you think?

I haven’t seen the new one yet. I’ve heard nothing but good things from people who are usually miserable bastards about remakes etc so let’s see.