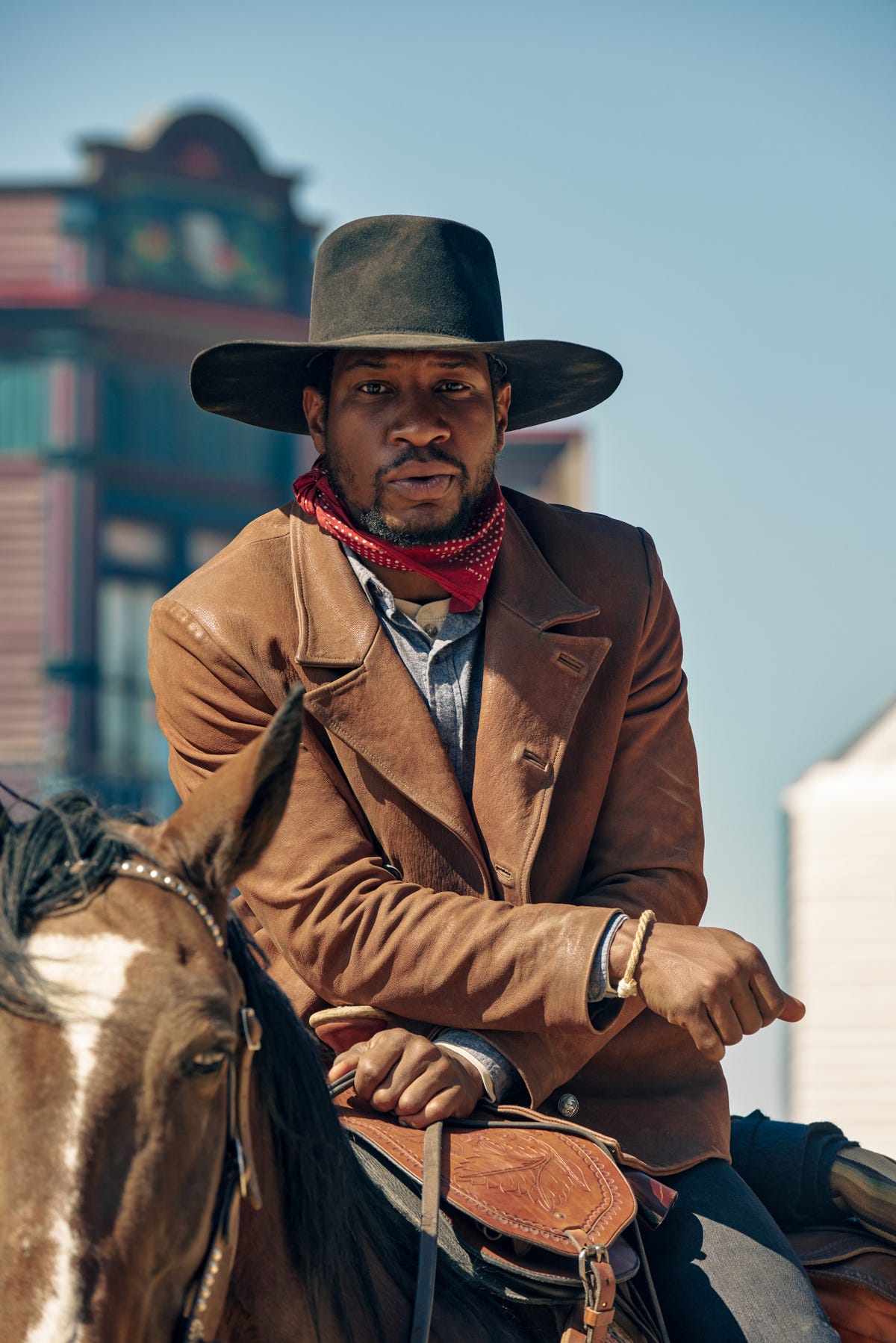 The Harder They Fall: Review

Renaissance man Jeymes Samuel has released his first feature length film as a director, writer & producer, a significant breakthrough in black cinema with his fictional take on historical black cowboys.

The Harder They fall, set in the American Wild West is a superb revenge thriller focused on Nat Love (Jonathan Majors) who seeks out the man who murdered his parents in an action packed western that gives the viewer all the trappings of a cowboy shoot em up with modern inflections through a superb contemporary soundtrack featuring the likes of Kid Cudi & Laura Mvula.

With a band of eccentric sidekicks, including stand out performances from Zazie Beetz & Lakeith Stanfield, Nat faces off against his arch enemy Rufus Buck, played by the reverent Idris Elba.

What makes the film particularly interesting is the revisionist retelling of history, with all the characters based on real cowboys, and although the primary revenge fantasy that drives the story is fictional, Nat Love, Rufus Black, Stagecoach Mary & Cherokee Bill all led fascinating and outright wild lives.

As the reign of Superhero films has peaked and is now firmly in the trough, could Samuel spark a new wave of Western exploitation cinema, given a welcome reprieve from the sea of CGI explosions we seem to be drowning in.