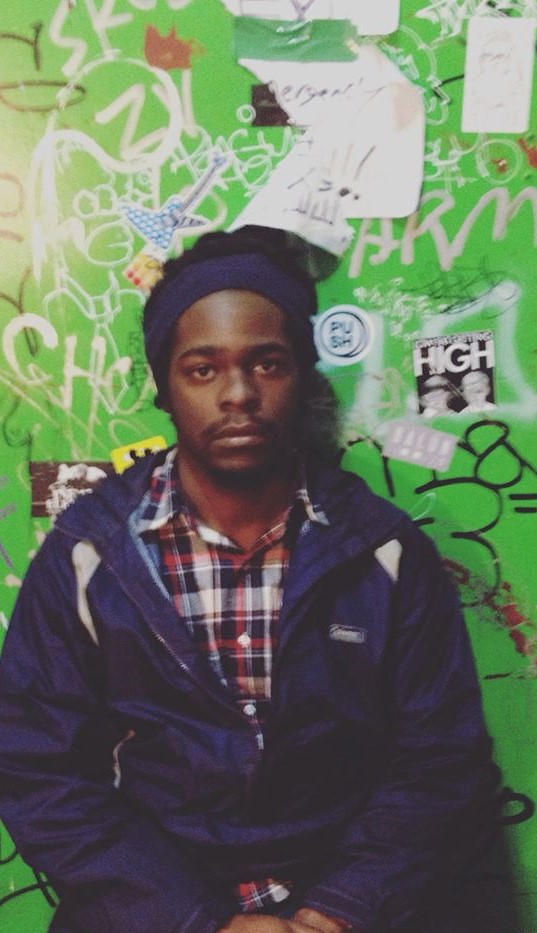 We caught up with the Multi-Instrumentalist & pioneer of Experimental Hip-Hop & contemporary psychedelic funk to discuss his latest album “Tales From The Old Dominion” released in December last year on Stones Throw Records.

How’s the pandemic treating you? Has it been good creatively?

Certain days are better than others, a lot of things happened so far as things getting cancelled and things getting shut down. Just been trying to find ways as an artist to readjust to earning revenue and actually getting your product out there. Sometimes I’m in a good mood being creative where I’ve got a studio in the house and other times I’m like, when is this shit gonna end. But I’ve just been trying to keep positive and finding ways to make this interesting and get this music out to the public.

A cool thing is that since everybody’s been at home, we’ve been bouncing tunes back and forth and being able to collaborate with artists who might usually be on tour, in fact a lot of the features on the latest album have been like that.

With the latest record it feels like you’re combining elements from the last 50 years of black music across genres, what were your main influences when making this?

I’ve always been into collecting records and digging in crates and diving into different music, so even before I’m recording anything I would just put on records, not necessarily to derive from it but just to get me in the right headspace. It’s like a chef, with the preparation of the food, it appeals to all the senses, there’s the touch and then there’s smell and at the end it’s all about the taste factor. So it’s like you’re using different senses to draw from different sources of inspiration through the music. So I’ll have Marvin Gaye playing, a lot of Jimi Hendrix, D’Angelo and just a myriad of different things. Another thing I was doing to get ready for this record was recording covers, like P-Funk, Ohio players and different tunes I was listening to just to see if I could attach myself to those different sound palettes.

The Tales From The Old Dominion is a reference to your home state of Virginia, why did you choose this title for the record?

The Old Dominion is an old nickname for Virginia, so its just to tie it back to the old times with like Folk and Blues so it’s like we’re going back to the source because anything we’re listening to now is derived from one of those things in one way or another.

Virginia is located sort of in between the North East Coast and south, does it feel this way culturally & musically?

It’s definitely a mix of the East coast & the South but I think it’s the beginning of the South. Depending on who you talk to it depends on where the line is but Virginia was the old capital of the Confederacy. As far as culturally with the cooking and even the vernacular, Virginia has its own place within the south, and obviously there are different pockets within the south with their own cultures too.

Are there any UK artists you’re feeling?

Oh yeah definitely, stuff like Touching Bass and Yousif and all them cats, and Jamiroquai is a huge one for sure. That album “Synkronized” was my go to even in High School, this is before I even knew he was from overseas.

You’ve got some great collaborations on this record from Nigel Hall & Billy Mercury, is there anyone you’ve not collaborated with who you’d love to?

Anderson .Paak, Joyce Wrice who I’ve done a joint collaboration with but not a proper one. Tyler the Creator, we talked and we’re laying down some groundwork to make that happen. A bunch of the Griselda guys, Freddie Gibbs. Nick Hakim, we have collaborated of Pink Siifus “Gumbo” but we’ve never done anything just together. But the list is just so long.

If you could collaborate with anyone throughout history, who would it be?

I would say Jimi Hendrix, you look at where Blues was back in the 40s and then when the electric instruments came in and where Jimi took it and how he influenced funk and jazz artists. He’s one of my central inspirations for showing where the music from yesterday can go tomorrow.

You’ve made a handful of instrumental records and beat tapes, in terms of making these records are you sampling your own recordings or digging in crates?

Your first instrument was drums, do you still feel like a drummer or is there an instrument you feel most connected to?

I still look at myself as a drummer but I’d say I’m more attached to drums, bass and keys as a whole equally because I’ve spent so much time now playing each instrument.

A lot of your earlier music has some of the trappings of the vaporwave scene, with psychedelic influences and short sound bite tracks, was this something you were conscious of at the time or did that scene pass you by?

I wouldn’t say I was around it but I was definitely exposed to it. But I’d say it’s more of a coincidence because when I came up I was listening to old records so that was just the fidelity I was used to. So when I first started as a kid I felt like that’s kinda how music had to sound, where sometimes it’s not the cleanness but it’s got its own character.

If I can ever go to Richmond – what am I eating?

Richmond is one of those places where there’s a lot of independent businesses in so far as clothes and food and nightlife where people are taking things and sorta remixing it. But if we’re talking about food, there’s a Jamaican spot called M&F Jamaican, the Jerk Chicken and the Pepper steak is life changing.